30th Anniversary of the ZX Spectrum

Posted by GameOverYeah at 20:30 No comments:

Yesterday the UK received the final game in the Xenoblade Chronicles/The Last Story/Pandora's Tower trilogy and like the previous two games it came in a limited edition version which I just had to own. 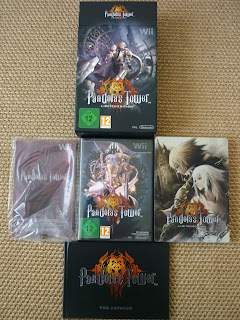 Unlike The Last Story there wasn't a CD included but there was still the game in a normal box, a steel box and an art book all wrapped in a lovely looking box. I do think that all of the art on the various pieces do look really nice, especially on the steel box.

As a bonus for pre-ordering from HMV I also received an extra art book covering all three games and another box that stores the art book and all three normal boxes of the games. 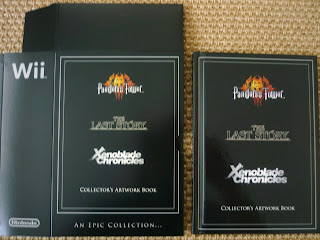 Finally, as an extra bonus on top of that, due to registering all three games on the Nintendo website I am now eligible to receive a box containing three coins which relate to each game. The coins can be viewed here and I really hope that I do receive them as it would be the cherry on top of the cake.
Posted by GameOverYeah at 11:40 8 comments:

20th Anniversary of the Super Nintendo

Regular readers of my blog will know all about the site and magazine that I support and write for, NES-Bit.com. Well Lorfarius the creator of said site/magazine has been working flat out to unleash Pixel Nation, a website dedicated to the publishing of independent magazines through both print and PDF format.

So if you fancy reading retro gaming magazines written by retro gamers or have an idea and would like promotion or added to the site then head over to http://pixel-nation.co.uk/ and make contact, buy a magazine or join the forum.

You know you want to.
Posted by GameOverYeah at 20:18 No comments:

Three games completed in March and three games that I really enjoyed for different reasons.

Soul Bubbles was a simple but fun game with the ice levels being particularly fun. I did have some doubts when it came to Mario Galaxy due to the hype surrounding it but I have to say that I found it to be absolutely fantastic and I didn't stop playing until I had completed all 120 stars.

Finally, I'd been wanting to play Hotel Dusk for a while and whilst I found it a little slow going at first I did eventually start to really get into it and was a little disappointed when I had finished it.

All in all three really good games completed last month.
Posted by GameOverYeah at 22:24 3 comments:

The situation at Game, pt 5

It's been a week already since my last post regarding the situation at Game and since then there has been some good news with the fact that today they came out of administration due to OpCapita finally securing the sale of the UK stores to Baker Acquisitions Limited.

It was also announced today that the former MD of Gamestation Martyn Gibbs (who was MD back in 2007 when Game and Gamestation merged) will be returning to the company as the new CEO.

Finally, after all this news, it was announced that Game has requested to be completely removed from the London Stock Exchange, meaning that shareholders will possibly not gain anything at all from the sale.

So after weeks of rumours and bad news it finally looks like that things may possibly be looking up, at least for the remaining staff. Let's just hope that Game have learnt some lessons along the way.
Posted by GameOverYeah at 22:03 2 comments: