For those not in the know NMA.tv is a website based in Taiwan that covers world news by making videos of the stuff that they are reporting in a SIMS like style.

I've seen some of the stuff before and it can be quite funny and this time they have created a video showing Nintendo's recent financial situation.

It's just under a couple of minutes long but is worth watching.

So without further ado I present to you NMA.tv's version of the news.

Posted by GameOverYeah at 23:26 No comments: 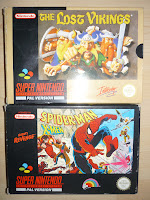 My latest purchases as you can see are two boxed and complete SNES games, purchases that I am very pleased with.

Spider-Man/X-Men: Arcades Revenge is a game that I've seen every now and then but have never been that fussed about buying. It was from the same seller for a pretty cheap price so thought why not, may as well give it a try.
Posted by GameOverYeah at 22:14 2 comments:

The full list of games that I completed in 2011 is a follows:

I am really pleased with the number of games that I completed, especially as there were games like Fragile Dreams, Twilight Princess and Wind Waker that took a few hours to finish.

Hopefully in 2012 I can beat that number and get a few more games finished. Also I think that I'm going to set up some Sega systems and work through my 360 back catalogue as 2011 was very Nintendo heavy.

Two games completed in December and they were the games that came in at numbers 2 and 1 in my top ten yesterday.
Castlevania is a great game and shows off the capabilities of the DS brilliantly whilsy Kirby was one of the most fun games that I've ever had the pleasure of playing.

Welcome to part two of my top ten games completed in 2011.

Let's get straight onto numbers 5-1.

Took me three attempts to get into the game but when I finally did I couldn't put it down. Graphically Wind Waker still looks as good as it did the day it was released, game play wise, well It's a Zelda game, you know what to expect.
The things that I realy enjoyed about the game include the changes in Link and Zelda and funnily enough the sailing. Some people criticise it but I thoroughly enjoyed it and probably spent way too much time just sailing around looking for islands and treasure, I just found it to be very relaxing.

Legend is the first TR game that I've ever properly played (I tried the first one for the Dreamcast as part of my five in fifteen posts a while back but could not get into it at all), and is a game that I really enjoyed playing.
I'm sure that everybody is fully aware of the adventures of Lara Croft so I shall skip all that. What I will say is that Legend is a wonderful game, it handles smoothly, has nice graphics and with the amount of puzzles and action included has brilliant game play. Unfortunately it can be a little on the short side depending on whether you decide to collect everything or not but that's just one minor niggle in an otherwise great game.

ms: Glitch in the System (GameCube)

This game was a total surprise to me, like Ghost Trick I didn't really know what it was about and when looking at the box it looked very child like but as you can probably tell I'm really glad that I did buy it.
You take control of a small robot called Glitch who must infiltrate and destroy an enemy race of robots. This is done in a third-person view over quite a few levels and includes a vast amount of weapons that can be upgraded. Glitch can also take over and control larger robots which does help a lot as the game can fall on the difficult side quite often and even though levels can take a few attempts you never feel like it's the games fault for you dying. Overall Metal Arms is difinitely worth a play. 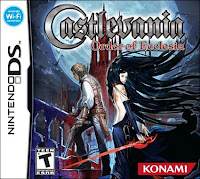 The second to last game that I completed in 2011 goes in at number two due to how good it is. Order of Ecclesia was the first Castlevania game that I played since Super Castlevania IV on the SNES (which is also one of my all time favourite games), and I thought that it was an absolutely superb game.
The game can be tough as nails and can take a lot of levelling up to finally be able to easily overcome enemies but again like Metal Arms it never feels like it's the games fault that you keep dying. The graphics are brilliant with the bosses filling up the screen and one shadow boss being exceptional and tough. The game play is great with lots of hidden secrets and puzzles which result in items to use and new weapons/glyphs to collect. There are also numerous sider-quests that can be completed that again result in items to use and some not to use but that can really add to the experience and joy of the game.

So the last game that I completed for the year is also my number one game for the year. It's not because it's fresh in my mind but a game that I've just thoroughly enjoyed and really liked playing.
The graphics are nice, the music is quaint and relaxing and the game play is just brilliant. It's a platform game at heart but there is just so much going on that it never gets boring. One minute you can be jumping and swinging along platforms when suddenly Kirby transforms into a ship and the level turns into a shump. It certainly keeps the game fresh and enjoyable. Yes, it can be on the easy side, which is also the one problem with the game in that you cannot actually die, but if you try and collect all 100% of the items you can come across some difficult patches.
Finally, away from the main game there is enough stuff to do to keep you entertained like completing various mini-games and decorating Kirby's flat in an Animal Crossing style. All in all Kirby's Epic Yarn is a fun, enjoyable and relaxing game that you can play for minutes or for hours and that's why it's at number one.

Well, there is my top ten games that I completed in 2011, nine out the ten games were Nintendo games mainly because it's been a lot easier to play on the Wii and DS over the past year, rest assured though that next years will probably be a lot different as I'm finally going to make a start on my Sega back catalogue and work through some 360 games that have been neglected.

I hope that you have enjoyed reading the top ten and maybe spotted a game or two that you hadn't considered playing before.
Posted by GameOverYeah at 15:42 6 comments:

For this post I thought I would do something slightly different to the 'top ten games of 2011' and compile a list of 'top ten games that I completed this year'.

There are a couple of reasons for this which are because I've not played or even bought ten games that were released in 2011, in fact I've only bought four and only completed one of them (Ghost Trick, De Blob 2, Dead Space 2 and Skyward Sword if you were wondering), and also pretty much every gaming website will obviously be doing a list of the 2o11 games and I like to think outside of the box sometimes. :-)

Please note that all games selected are all games that I completed for the first time this year. Games completed already previously were not considered.

So without further delay I present numbers ten to six. 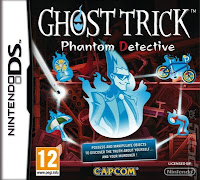 I first picked this up because it looked interesting and in all honesty I didn't really know much about it. What I find was an enjoyable game with nice cartoony graphics and game play that whilst didn't really vary between levels kept on the right side of becoming repetitive and offered some interesting puzzles to figure out.
It's a very text heavy game as mentioned previously and there are the odd times where you wish that the story would get on with it but overall it has an interesting storyline that keeps you gripped until the very end.

The first game that I completed in 2011 and despite finding it to be on the easy side it's still an good game to play. Yes, the storyline makes Samus to be a bit of a whiney teenager and some people may find the swapping between views a little on the frustrating side but put all of that aside and what you have is a good mix of first and third person play, added background to one of gamings iconic characters and just a generally good game to play through.

Let's get one thing out of the way, Gun is a very short game, as in it can take about four hours to complete the main storyline. Thankfully there are enough interesting sidequests to make the game that little bit longer.
Apart from that Gun is a really good game. As above there are a few sidequests like hunting both people and animals, playing Poker and gold mining. The main game play is also really good and feels very Western with the travelling around and the characters that you meet and there is a very nice selection of weaponry which all adds up to a game worth playing.

I understand that this is a bit of a Marmite game, you either love it or hate it. Well I think that you can guess which side of the fence I sit on.
The two main reasons for people not liking it is the music and the game play, two reasons why I think the game is great. It's a third person game with elements of RTS which put people off with a heavy metal soundtrack, which again puts people off. Well, being a metal fan for the past twenty years this is right up my street and leading an attack to Def Leppard's 'Rock of Ages' is definitely right up my street. Getting past the soundtrack and the RTS elements Brutal Legend is actually a funny and great game to play.

If you read my reviews of the Prime Trilogy you would notice that I actually have Prime 2: Echoes a higher score than the first one, so why am I putting the first game in the list and not the second? It's due to the fact that Prime is where it all started.
I'll not go on for too long as seen as I've already done a full review but Metroid Prime is an absolutely brilliant game that brings Samus into 3D with no problems at all and has great game play and graphics and should be in everybodys collection, even if you don't own a GameCube or Wii.


Tune in tomorrow for Pt2 covering numbers 5-1.
Posted by GameOverYeah at 18:26 No comments:

To all of my readers, followers and fellow bloggers.